Chat with us, powered by LiveChat Virtual Reality…so what’s all the fuss about? – Sumner & Scott

Call us Message us

Virtual Reality…so what’s all the fuss about?

Virtual reality has become one of the fastest growing industries in our modern age. A once exclusive side show, has now become affordable and widespread. Major companies such as Google, Facebook, Sony and HTC, all have massively invested in the emerging technology and are driving it forward.

The most widespread use of VR today is within the video games industry. A medium, where immersion into the game world is key, VR is natural fit. There are already a number of brands pushing the boundaries of our virtual experiences. Oculus Rift, Sony Playstation VR and the HTC Vive all offer high end headsets to purchase and play at home. But is the future of VR in our society?

Aside from gaming, virtual reality has many implications, some rather frightening, some potentially beneficial. Within the business world, people could potentially conduct meetings anywhere in the world. One would only need a headset and access to a virtual board room. Communication between people would become that much more interactive. 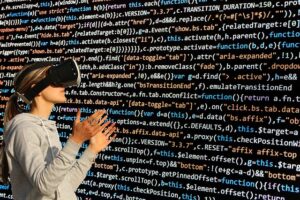 In education, children might one day be taught entirely online. Books being replaced by a virtual world, where they’re not only told what happens, but can literally see it happening. Imagine a program that allows students to see how everything works, from DNA, to light particles, the possibilities are endless. If the technology grows to the point where we can be gods within our own artificial worlds, human creativity would have no boundaries at all.

But what about the potential dangers of VR?

Could we one day forget about the reality we live in and create an artificial world for ourselves. We have seen this idea, in various forms, within mainstream cinema for years. From “The Matrix” and “Surrogates” to the upcoming “Ready Player One”, people have been depicting VR for years.

The episode of Black Mirror, San Junipero; depicts a world where people can literally be uploaded into a program, effectively being saved from death. This idea is both frightening and exciting. There is some talk that with emerging nanotechnology, this may not be entirely science fiction. When founder and CEO of Space-X, Elon Musk stated that there is a “one in billions chance” we are not living in a simulated world already, one must start to contemplate the philosophical and moral sides of virtual reality.

It is certainly true that VR could improve our lives in many ways, and what is also true, is the technology is not going away. Mankind will take virtual reality to its full potential. How we utilise this is the question. Simple gaming and other entertainment will be just the first step; filmmakers are already thinking about how to use the technology for telling stories.

The internet made the world a lot smaller of a place. VR could take that to a whole new level.

But one must consider, when we start to spend the majority of our time in an artificial world, where does that leave real physical interaction, one of the most important aspects of being alive? 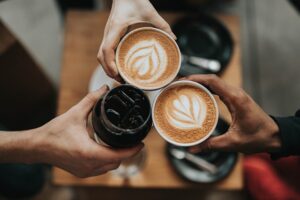 A Booming Market For AI Skills, With Salaries Topping $300,000…but is it sustainable???

TOP 10 PYTHON CHEAT SHEETS DATA SCIENTISTS SHOULD BE AWARE OF

Finally – types of funding rounds and what they mean!